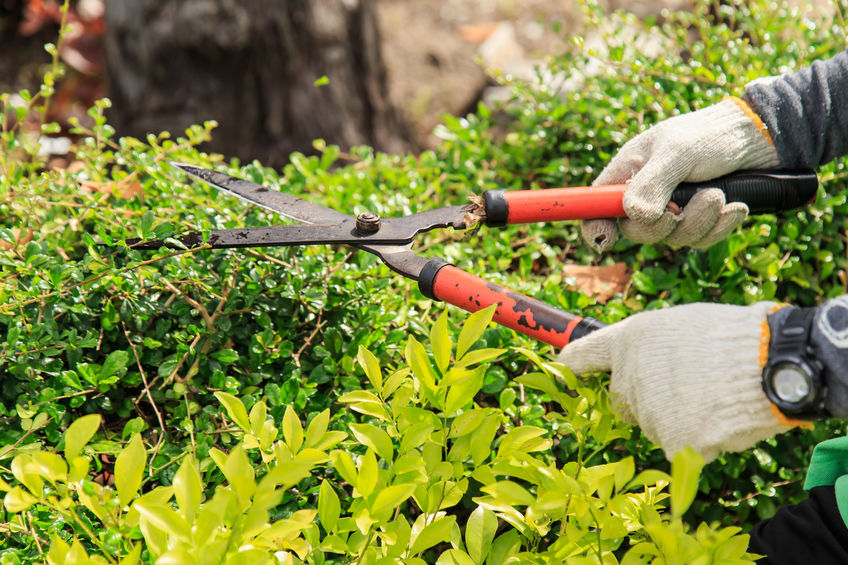 Pruning Landscape Shrubs And Bushes For Shape And Form

The prerequisite for getting the best performance from your landscaping shrubs and bushes is to be clear about their precise design role they are to play in the garden. Are they to serve as a screen, a backdrop to some special feature, are they to be grown to provide color and fruit, or is a particular specimen to be given a special role such as being limbed up into a small tree, or perhaps grown horizontally on a wall, in the espalier fashion?

Following that, successfully achieving the desired shape or form of the shrubs is a matter of choosing the appropriate form of pruning. Pruning is the most important of the various horticultural tasks, because of all the different plant types that make up the garden composition, shrubs and bushes usually require the most intervention with their natural growth habit.

The most obvious example of this intervention is with trimmed hedges or with some other form of topiary. Less obvious, but no less critical, is the need for the regular clipping and pruning of those shrubs that are grown as an informal, natural screen. If the function of such plants is to be the “wall” of the garden, that is to be green and full from the ground upwards, then pruning is necessary to ensure compact growth. Left to their own devices, most shrubs lose this compact, full growth, in time tending to grow like trees – woody up to at least eye level, and only green and leafy on top.

It is easy to prevent this during the growing season, by simply clipping back shoots that burst forward. Usually, small quantities are removed at any one time, so the plants should not be adversely affected. A hedge trimmer is the easiest and quickest method for the job, but the natural look of the shrubs can be diminished if right angles are created by the trimming. Regularly removing small quantities of tissue, prevents the need for a much heavier pruning operation, which is sometimes necessary when the bush has become loose, open, woody and top-heavy.

Some landscape shrubs of course, possess an attractive form naturally. With such plants, the constant shortening of branches and shoots spoils the natural look of the plant. Examples include Abelia grandiflora, Acalypha wilkensiana, Nandina domestica, and Plumeria rubra In such cases, selected branches, invariably old ones, should be cut to the ground, creating space for new shoots at the base of the plant to develop. Growing shrubs is very much a matter of granting preference to the young over the old!

The right season for pruning to rejuvenate individual branches or the whole bush, depends on whether the species is deciduous or evergreen, sensitive or hardy to cold. Deciduous plants from cold climates should be pruned in the winter, their dormant season, but not in the spring. Evergreens and non-hardy species on the other hand

, should not be touched until all possibility of frosts has passed.